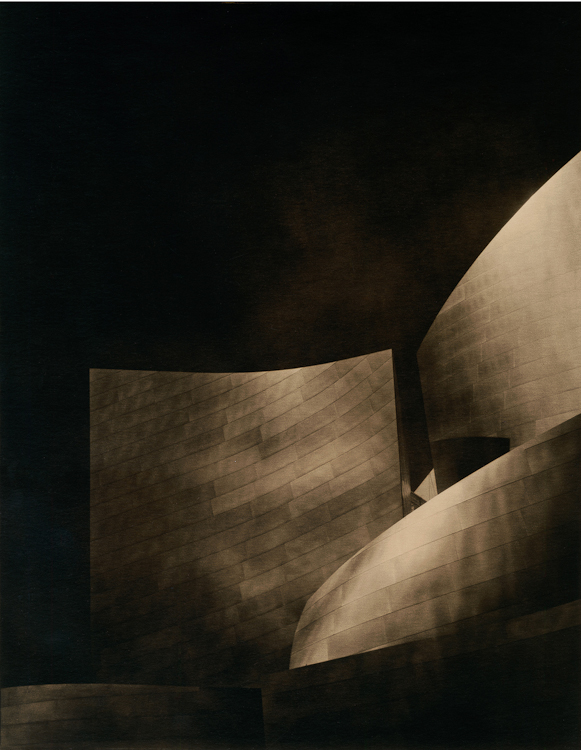 
An architectural coincidence of circular '5s. The Disney Concert Hall was designed by architect Frank Gehry, completed in 2005, 70 years after another LA circular landmark the May Co.was constructed in 1935, followed in 1955 by the very round Capitol Records building in Hollywood.